Police take lawyer into custody for questioning the arrest of protesters

Attorney at Law Swasthika Arulingam has been arrested by the Foreshore Police at the protest held in Colpetty today (09) when she had attempted to find out the reason for the arrest of others.

Sources said Arulingam had gone to the location on hearing that a group including Attorney at Law Nuwan Bopage and a leader of the Front Line Socialist Party (FLSP) Duminda Nagamuwa had been arrested by the Police. She had wanted to inquire as to the reason behind their arrest. However, the Police had taken the Attorney at Law into custody and taken her away to the Foreshore Police.

According to witnesses in the area, Bopage and the group had not been engaged in a protest at the time but had nevertheless been arrested by the Police. The Police had not given them any warning to disperse prior to arresting the group.

However, reports claim that the group was not arrested from in front of the embassy but from another location in Colpetty.

The FLSP had organized the protest against the killing of US black man George Floyd and titled it as 'I can't Breath'.

Meanwhile, the Police also arrested yet another leader of the FLSP Kumar Gunaratnam today. Gunaratnam along with members of the party had been engaged in a protest near the Lipton roundabout.

According to Pubudu Jagoda of the FLSP, the group had been arrested despite adhering to the quarantine regulations including maintaining one meters distance and wearing face masks. “However they were arrested by the Police without even presenting a court order,” he said.

Police said another 21 persons were arrested along with Gunaratnam in the vicinity of the Colombo Municipal Council today. 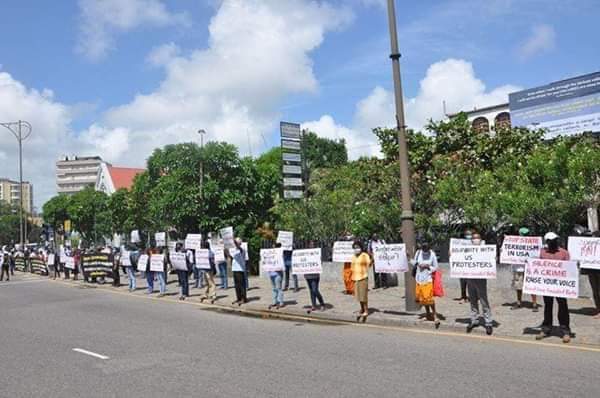 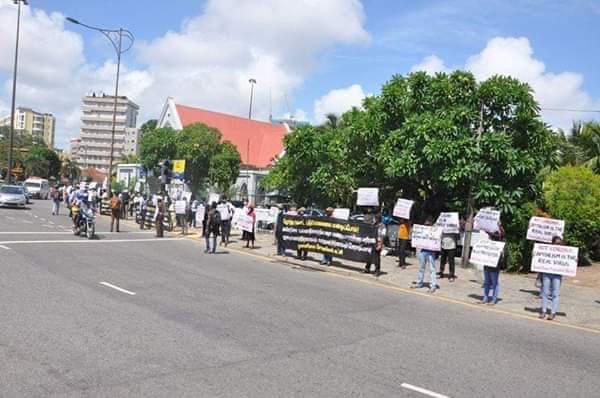