How the drug suspect escaped from the gallows

“This is a story told to me by a now retired Judge of the Court of Appeal who once served as a High Court Judge and a career judge.

Having read through the evidence he concluded that the Accused was guilty.He finished writing his judgment to be delivered the next day finding the accused guilty as charged- the punishment being life imprisonment or the death sentence.

That night the Judge, a sincere and religious man known to be rather pro-prosecution, continued to be troubled by his impending judgment and spent a restless night.

He woke up early morning and to be on the safe side decided to read the evidence once again. As he read the evidence for perhaps the third or fourth time he changed his mind. He could see flaws in the case of the prosecution and gaps in the police version he had not seen before. He tore up the draft finding the accused guilty and wrote a new judgment aquitting the accused.

That morning he set the accused free. Later that day the prosecuting State Counsel met him in Chambers and told him "Sir, its a good thing you aquitted that man.I didn't tell you earlier but one police officer told me that the drugs were not found in the possession of the accused."

The judge was dumbfounded. What if he had convicted the man? A man who was not guilty would have been sent to the gallows or a life in prison.For those eagerly waiting for hangman to start work, the system of justice is entirely dependent on humans- police, prosecutors, defenders, judges. All of us are fallible and make mistakes. The difference when you execute a man is that you can never undo that mistake.“ 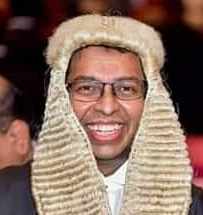