In response to the police using violence against unarmed protestors in Hong Kong, reporters showed up at a press conference on thursday afternoon ,june 13 ,sporting helmets.

The press conference was held by the Hong Kong police to address the Wednesday, June 12 clashes outside the Legislative Council building.

Some reporters were seen wearing yellow reflective high-visibility vests — the yellow vest has become a symbol of protest beyond France where it started — while one even wore a gas mask.

While Hong Kong police commissioner Stephen Lo Wai-chung apologised for the “impolite” treatment some reporters received while their bags were searched, he insisted his officers would never target their “reporter friends”.

He also fumbled while trying to justify why police officers arrested protestorswho were receiving treatment at hospitals after clashing with the police.

“Wherever they can arrest (the protestors), they will do so and will not wait until they come out (from the hospital).

We just doing our duty.”

At one point, when Lo told the reporters that he has always been polite to the press, the room broke out in laughter.

Lo asked reporters not to laugh

At one point, when Lo told the reporters that he has always been polite to the press, the room broke out in laughter.

“I understand that some of you might have had certain experiences or hold certain views, but the Hong Kong police force is committed to maintaining a good relationship with the press.”

The police response at the press conference was widely criticised online.

Many reporters had claimed the police deliberately obstructed their work, with one saying an officer replied “f**k your mother” to him when he displayed his press pass.

The Hong Kong Journalists Association (HKJA) released a statement on June 12, saying it has received more than 15 complaints from journalists on the violation of their rights.

Some of the allegations included accusing reporters with valid press pass of possessing offensive weapons and searching their bags, as well as targeting retreating reporters with pepper spray, resulting in burns on their hands and back.

Police treatment of the protestors and reporters have sparked fears that civil liberties are quickly being eroded in the city. 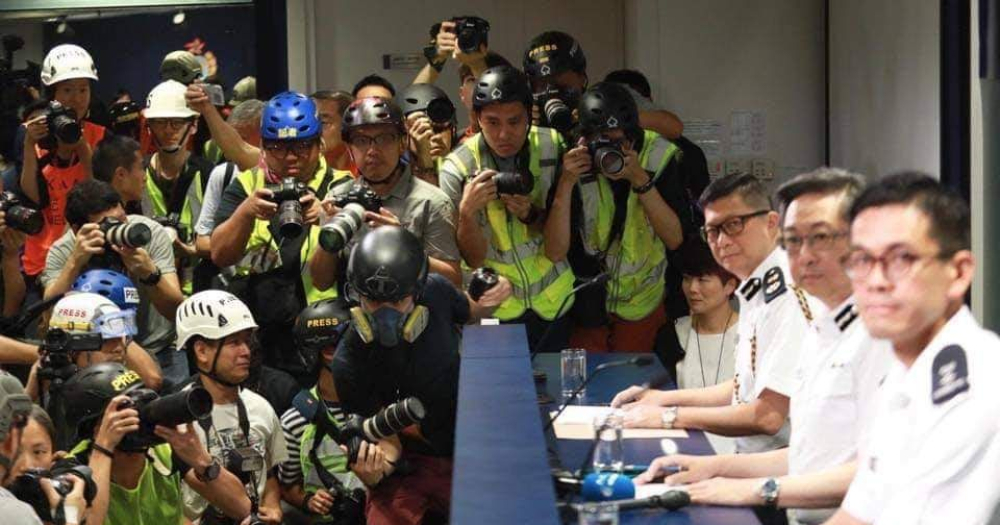